In a post earlier this year titled “Windows 7 – One Year Left!“, I wrote about how Microsoft will be dropping support for Microsoft 7 in early 2020. Well, that time is coming upon us fast … in just 2 short months.

In that post, I wrote about what will happen as well as your course of action. Unfortunately, I still see more and more computers still running Windows 7.

So, what does end of life mean?

Windows 7 end of life is as it sounds. Microsoft is switching off all support for Windows 7. After January 14, 2020, all technical assistance and security updates from Windows Update will cease. The Windows 7 EOL also means that all security updates will stop, too.

The end of Windows 7 support is a cause for concern for anyone running the fading operating system.

Can I keep using Windows 7?

As of January 14, 2020, Windows 7 will no longer receive updates, including security patches. There is another consideration, too. The programs you use on Windows 7 will also stop receiving updates to fix bugs and security holes. Like Windows 7 itself, those programs will continue to work (unless a critical bug appears), but you won’t receive the latest versions.

For many Windows 7 users, the software is a primary reason for persisting with the operating system. The difficulty in finding like-for-like replacements for certain software types is why Microsoft is offering businesses the opportunity to remain on Windows 7 for a little while longer.

Home users do not have the same grace period. Furthermore, there are suitable replacements for most Windows 7 software on Windows 10.

Can I upgrade to Windows 10 for free?

You can certainly try to upgrade to Windows 10 for free on the Microsoft Windows 10 download page, however, there are no guarantees.

The end of Windows 7 is firmly on the horizon. It is better to prepare now for Windows 7 end of life, rather than start scrambling when January 2020 arrives.

Windows 10 will be a bit of a change for Windows 7 users, so it’s best to learn about these differences before you upgrade. I can tell you from experience, Windows 10 is a very stable operating system and in the long run, much easier for the average user to use. 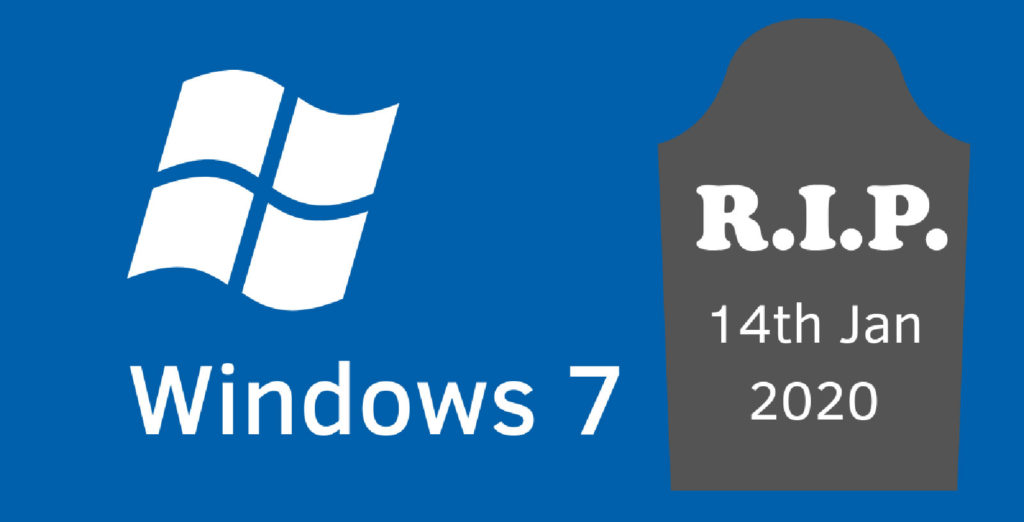