Security habits you should be doing

Security habits you should be doing

It’s a very insecure world out there.  Times have never been scarier, with website data breaches turning into regular affairs, personal information stolen from major companies, passwords getting hijacked from email sites and website logins.

However, there is good news: There’s a lot that regular PC users can do to protect themselves against the worst of the worst. But bad news is, most of us don’t bother.  We know we should, but we either don’t have the time or think “This won’t happen to me”.

Giving your digital life a thorough security overhaul is easier than you’d think. Here are some critical security measures you should be doing right now—go ahead, do it and don’t put it off any longer.

Alas, passwords are a pain, since you should be using a long string of random letters, numbers, and special characters for all your critical accounts. Passwords that complex are as difficult to remember as they are to crack—which is why using a password manager that can generate and save those passwords for you is so crucial.

Password Mangers are easy to use, and most are cross-platform, giving you access to the data on PCs and mobile devices alike. Some favorites include LastPass, Dashlane, 1Password, and KeePass. Read more about this in my post “My journey to stronger online security“.

Two-factor authentication is not foolproof, but it’s far stronger than using passwords alone. Google’s Authenticator app for Android, iOS, and Blackberry 4.5-7.0 is a popular choice for generating one-time codes, but there’s also the cloud-sync service Authy for Android, iOS, Linux, Mac, and Windows.

Backing up your data – TWICE!

Backing up your data may not seem like a security matter, but guarding your data against faulty hardware or a devastating virus that wipes out your hard drive is extremely important. For best results, don’t just back up to an external hard drive at home. You should also back up to an offsite location to protect against fire, burglary, or children carrying water.

Online backup is the easiest way to get offsite protection. The numerous services available include Backblaze, Carbonite, CrashPlan, iDrive, and Mozy. A disaster-proof backup scheme doesn’t have to cost you a dime, though, if you’re willing to do a wee bit more legwork.  Read more on my post titled “No Backup? No Data, No Business:  Do you have a solid backup and recovery”

Locking down your router 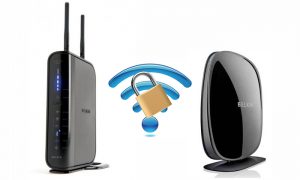 Your home or business Wi-Fi router is probably the most sensitive Internet connection in your life, since it is where you’re most likely to view your bank accounts and other sensitive information online. But alas, most people stick to basic or—shudder—default passwords for their home network.

Many people, especially home users, just leave the default router password when they install a new router, which is typically admin.  This makes it so easy for hackers to easily connect into your network and penetrate data on your network.

For the best Wi-Fi security, use WPA2 encryption and a randomly generated login password that is at least 30 characters long. The longer and more random it is, the harder it is to crack (the occasional flaw in router firmware aside). Can’t remember a 30-character password? Save it in your password manager. Finally, don’t forget to change the user name and password for your router’s admin panel.

When Google learned the NSA was intercepting traffic from its internal networks, the company’s answer was simple: encrypt everything. And you should, too. Force websites to use encryption whenever possible.

Don’t stop at websites, though. If you carry personal data on a USB stick, encrypt it with Microsoft’s BitLocker to Go, or create encrypted file containers via the Disk Utility in Mac OS X. Open-source encryption options for Windows include FreeOTFE or DiskCryptor. Encrypt your external hard drives, too—especially your backups.  Even mobile phones have the ability to completely encrypt the device, so take advantage of encryption whenever you can.

To stay as safe as possible on Windows, it’s best to equip your PC with two security programs: one antivirus and one anti-malware. The antivirus programs, such as Norton Internet Security, McAfee Internet Security, AVG Free or Avast, are always-on solutions that scan incoming files and websites for malicious intent.

These programs won’t necessarily catch or remove everything. That’s why it’s a good idea to periodically run an anti-malware program, which stands a better chance of catching active and cutting-edge problems. My favorite is MalwareBytes Anti-Malware Free (or an alternative) and run it weekly. 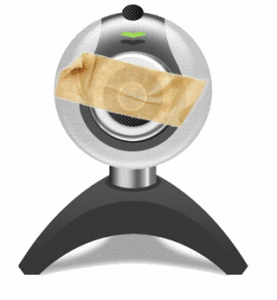 Anti-virus and malware was bad enough when it randomly distributed your Word documents to all your email contacts. It can get much worse, now that computers have the capability to see and hear us via webcams and microphones.

Luckily, there’s an easy defense against peeping webcams: plain, old adhesive tape. Just take a small piece of that and cover the lens. When you need to use your webcam, just peel it off and replace it later.

If you’re worried about putting tape on the lens, use paper and tape instead.  It may seem strange, but tape has the added benefit of being impenetrable to software attacks.

I know it may seem like many of the above 7 suggestions are a lot of work, however, trust me, the amount of time trying to repair and recover from a security breach will cost you tens to hundreds of hours to fix.  Not to mention, loss of productive time and loss of business.

Take the time today to begin to plug these security weaknesses in your home and business technology. 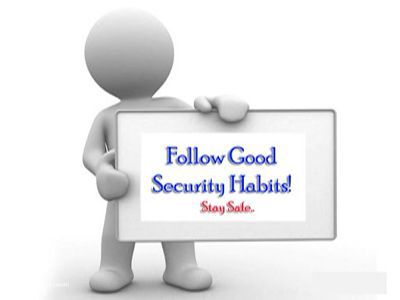